A Proven Conservative for the First District 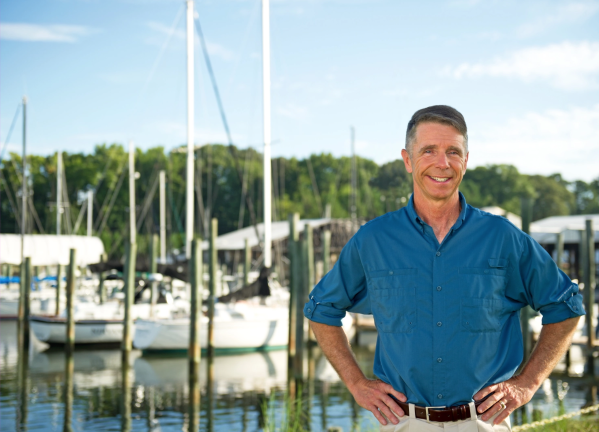 Rob was first elected to serve the First Congressional District of Virginia in December 2007, and his top priority has always been the constituents of the First District. From rebuilding our military, to securing jobs throughout Virginia, to increasing access to broadband, to making sure our children have a 21st-century education, Rob is constantly working for the First District.

As a Member of the Republican Study Committee, Rob is a leader in the fight against massive government spending and returning common sense, conservative principles to the budget process. Rob serves on the House Armed Services Committee and the Committee on Natural Resources, where he is well-positioned to represent the needs of the First District.

On the House Armed Services Committee, Rob serves as the Vice Ranking Member of the Full Committee and Ranking Member of the Seapower and Projection Forces Subcommittee, where he has proven to be a staunch supporter of our men and women in uniform. Rob is leading the charge to increase and modernize our Naval fleet in order to ensure we are adequately prepared to combat increasing global threats, replace aging ships in a timely manner, and meet any Pacific confrontations that could arise from China’s increase in military capabilities and aggression. He has worked tirelessly to keep maritime jobs in Virginia, a major driver of the local economy. Rob’s Domestic Maritime Centers of Excellence Act, now signed into law, promotes career and technical education programs to secure the domestic maritime talent pipeline.

With a father that served in the Army in World War II, Rob is a strong advocate for our veterans, fighting to ensure they can access the health care benefits and educational and job opportunities they have earned and deserve. Rob has introduced multiple pieces of legislation that would require more transparency from the Veterans Administration (VA), would streamline processes for veterans trying to receive care, and would help transition veterans into the civilian job market after service.

A champion of protecting and restoring the Chesapeake Bay, Rob serves on the House Natural Resources Committee, to which he brings his professional expertise in water quality, the environment, fisheries, and other natural resource issues. He is a leading voice for the conservation of the Chesapeake Bay and is outspoken in supporting its recovery programs. His Chesapeake Bay Accountability Act, signed into law in 2014, increased transparency for how cleanup dollars are spent. Rob has also succeeded in achieving long overdue federal recognition for six Virginia Indian tribes after decades of efforts to get his legislation signed into law. Rob received his undergraduate degree in biology from Virginia Tech and has spent his career fighting to protect our environment so that it can be enjoyed by future generations.

Rob learned from a young age the valuable contributions small businesses make to our nation. He was a short-order cook for Shoney’s restaurant in Henrico, worked for the Richmond Braves baseball team selling tickets, and then as the mascot. He worked the parking lot at Kings Dominion, on a fishing boat on the Chesapeake Bay, in a tomato cannery in Westmoreland, and as a bag boy in a mom-and-pop grocery store, so he knows the value of hard work and determination.

Throughout his time in Congress, Rob has remained focused on creating more jobs and opportunities for all Americans and also passing pro-growth policies to support our small businesses. He believes we must continue to incentivize rehiring, remove regulatory barriers to job creation, and return our supply chain from China; the Government’s role should be to eliminate barriers to success, not create them.

As a child of adoption, Rob values protecting the sanctity of life and will continue to be a standard-bearer for upholding family values. He strongly believes we must protect the lives of the unborn and ensure women have access to the care they need. Rob’s actions in the defense of life have earned him a 100% rating from both the National Right to Life and the Family Research Council (FRC).

Rob has served in several levels of government, from Town Council to the United States Congress. He won his first campaign for public office in 1986 when he was elected to the Montross Town Council, where he served for ten years, four of them as Mayor. In 1995, Rob was elected to the Westmoreland County Board of Supervisors and was elected its Chairman in 2003. In 2005, voters in the 99th Legislative District elected Rob to the Virginia House of Delegates, where he served until he was elected to the United States House of Representatives in 2007. Prior to his election to Congress, Rob spent 26 years working as a health specialist for the Virginia Department of Health’s Division of Shellfish Sanitation and as an environmental health specialist for local health departments in Virginia’s Northern Neck and Middle Peninsula regions.

Rob’s wife, Kathryn, who worked for 41 years as a teacher at Cople Elementary School in Hague, is a Westmoreland County native whom he met when he spent high school and college summer recesses working in a Leedstown tomato cannery and on a Reedville fishing boat in the Northern Neck. Rob grew up in Henrico County, where his mother taught middle school and high school. Since 1985, Rob and Kathryn have lived in the same home in Montross where they raised their two children: a daughter, Devon, and a son, Josh. Rob and Kathryn are proud grandparents to six wonderful grandchildren. Rob is an avid hunter and fisherman and enjoys spending time on the water.