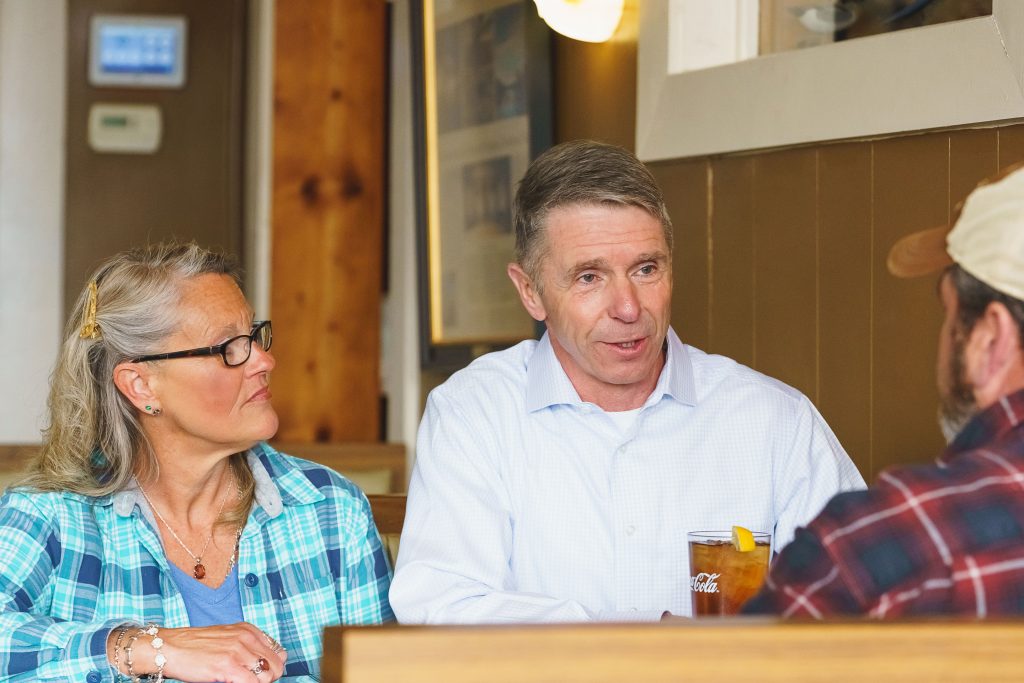 MONTROSS – Rob Wittman, Congressman for Virginia’s First District, yesterday sent a letter to his Democratic opponent, Qasim Rashid, inviting him to participate in two nonpartisan debates during this election cycle. You can view the letter in its entirety below or by clicking here.

“I believe it is important to offer constituents of the First District an opportunity to hear our competing visions for the future presented side-by-side and in our own words as they prepare to cast their ballots in November,” the letter from Wittman reads. “It is no secret that this historic 2020 election cycle is expected to be riddled with partisan bickering and misleading attacks that too often mar our political system. It is also my sincere hope that our campaigns will rebuff this trend and conduct ourselves in a positive manner that will reflect favorably on the citizens of Virginia’s First District. This is why I believe nonpartisan debates will offer us the best opportunity to present voters with fact-based discussion marked with civil discourse and a real discussion of competing ideas.”

“Undoubtedly, our campaigns offer vastly different visions of how to tackle those challenges, and I look forward to the prospect of an open, honest, and spirited discussion of the issues facing Virginia’s First Congressional District and our nation,” Wittman states.

Congressman Wittman is running for re-election to Congress for the 2020 term, “Throughout my life, I’ve had the distinct honor of serving our community at several levels of government, from Montross Town Council to the United States Congress. This time in public office has afforded me the unique opportunity to not only lead but to listen to the concerns and challenges faced by members of our community every day. These challenges require real solutions that are both pragmatic and inspired.”

“I look forward to continuing to work for conservative results for the First District of Virginia. As Ranking Member of the House Armed Services Committee’s Subcommittee on Seapower and Projection Forces, a senior member of the Natural Resources Committee, and a Co-Chair of the Rural Broadband Caucus, we are well poised as a district to take on Virginia’s challenges and implement real solutions.

“I am focused on tackling the real challenges that affect the folks in the First District. I will continue my work to secure our border and combat illegal immigration, fix our crumbling roads and bridges, increase access to high speed internet, ensure veterans receive the benefits they deserve, promote career and technical education programs, cut the red tape hurting our businesses, lower the cost of health care, and get Washington’s spending problem under control.

“These are the issues Virginians care about, and I am working every day for results for the First District. I know that the best ideas don’t come from Washington but from folks in the First District; let’s work towards success, towards an even better America – together.” 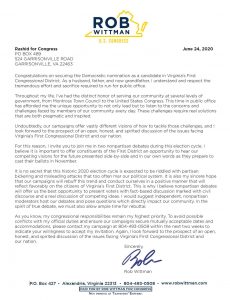 Rob was first elected to serve the First Congressional District of Virginia in December 2007 and his top priority has always been the constituents of the First District. You can find Rob driving back and forth from Montross to DC when Congress is in session and traveling throughout the district to meet and listen to his constituents on how best to serve them. Before serving in Congress, Rob earned a Master’s Degree in Public Health and spent 26 years working for Virginia’s Department of Health. Rob also holds a Ph.D. in Public Policy and Administration from Virginia Commonwealth University, and a Bachelor of Science degree in Biology from Virginia Polytechnic Institute and State University.

Rob’s wife, Kathryn, a teacher at Cople Elementary School in Hague, is a Westmoreland County native whom he met when he spent high school and college summer recesses working in a Leedstown tomato cannery and on a Reedville fishing boat in the Northern Neck. They live in Montross and have two children: a daughter, Devon, with her husband Daniel; and son, Josh with his wife Tiffany. Rob and Kathryn are proud grandparents to six wonderful grandchildren.