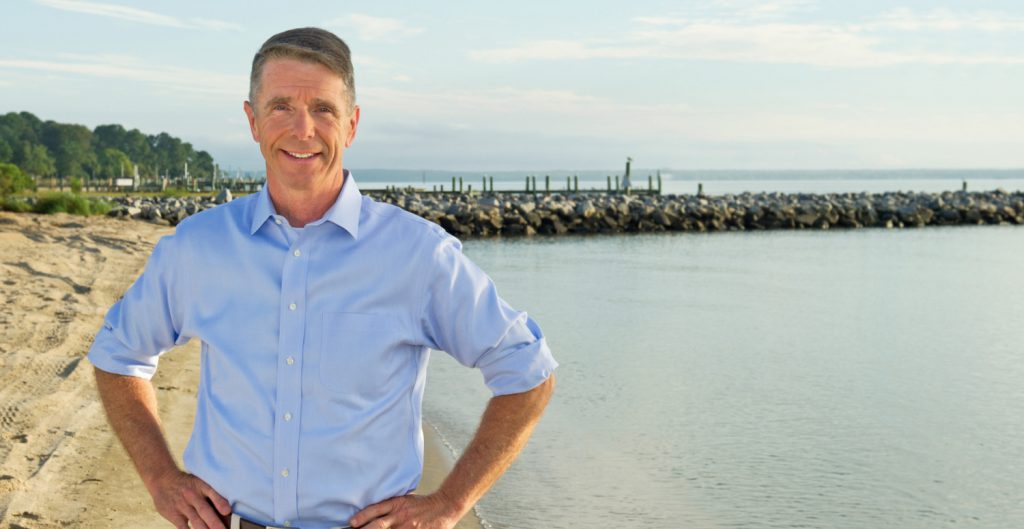 Montross, VA – Elected officials throughout the First Congressional District have formally endorsed Congressman Rob Wittman (VA-R) in his re-election campaign. This level of support – from the northernmost part of the district in Prince William County to the furthest southern portion in James City County – reflects Wittman’s unwavering stance as an advocate for all people within the First Congressional District.

“With students learning from home and doctors treating patients via a computer screen, broadband connectivity has become more important than ever,” started Gloucester Supervisor Brett Fedors. He continued, “Congressman Wittman understands the internet access struggles rural Virginians face and he is working hard everyday to remedy the problem. He has worked with the Middle Peninsula Counties to support our Virginia Telecommunications Initiative funding request to expand access to reliable connectivity. Congressman Wittman has been and will continue to be a strong partner with Gloucester County to expand High-Speed Broadband to everyone in VA-01.”

Delegate Margaret Ransone said, “Aside from having an ally in Congress, it is important to my family that our voice is heard in Washington. My husband Todd and I support Rob because he understands our family concerns, we both work and raise two children. Now more than ever I appreciate that he is down to earth, accessible, continues to support rural jobs and has not become a politician in Washington. Rob understands the obstacles facing young families and businesses. Our daughter Morgan will participate in her first Election and is supporting Rob because she trusts her future is secure with a Wittman economy.”

“Rob is committed to representing his constituents through actions, not just words,” said State Senator Ryan McDougle. He continued, “as a Congressman, he has taken action to bring broadband to thousands of First District residents and has worked to ensure the connectivity serves as a long-term solution. Rob’s track record speaks for itself, and I am proud to endorse him so we can continue the fight to bring fast, reliable broadband to every Virginian.”

Spotsylvania Commonwealth’s Attorney Travis Byrd said, “Rob Wittman is truly a man of the people. He still lives in our district and has a long daily commute to the nation’s capital. He is routinely seen at community events throughout his district where he takes the time to speak to and listen to his constituents. He does this because he is genuinely concerned about his district and so that he can better serve them in Washington. He is also a strong supporter of public safety and he has my support to continue representing the 1st district in Congress.”

“Broadband connectivity is vital for competing in the 21st century economy. Congressman Wittman has been committed to expanding high-speed broadband throughout the First District. His dedication and expertise on the topic are unmatched, and his advocacy for localities access to federal and state funding opportunities is what will ensure we close the digital divide,” said Stafford Supervisor Cindy Shelton.

“I am extraordinarily honored and humbled to receive such a broad range of support across the District,” said Congressman Rob Wittman. He continued, “I am humbled that many local elected officials have acknowledged the hard work my staff and I have put into securing broadband for our district in addition to being a strong voice on public safety, and actively listening to our shared constituents. The importance of broadband access has become ever more apparent throughout the COVID-19 pandemic, and closing the digital divide is something I have been working on for years, throughout my time in local office through state level positions, and now in Congress. It is this same commitment to service, excellence, and working across all levels of government and that I will bring to Washington again in the 117th Congress.”

See the following list of local and state elected officials who are supporting Congressman Wittman: